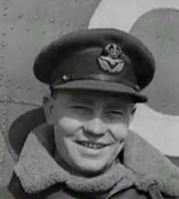 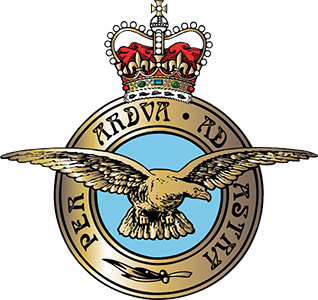 Thomas Hayward Parrott, known as Tim, was born on 26th November 1916, the son of Walter Lawrence Parrott, part of a well-known family of solicitors in Aylesbury, Buckinghamshire and his wife Katherine Mary (née Seaton). He was the second of three sons and was born in Kelerberrin, Western Australia.

By the 1920s the family were living at Homefield, Oxford Road, Haddenham, Buckinghamshire.

In September 1929 Thomas went to Lord Williams’s Grammar School as a boarding pupil and although of average academic ability, he was quite a good sportsman. In his last term in 1933, his housemaster wrote of him. “He will probably leave in this term much to our regret. His modesty, good nature, skill and courage at games, particular Rugger, have made him deservedly popular.”

Thomas served for a while with the Middlesex Yeomanry (part of the Royal Corps of Signals) and in June 1936 received his commission into the Royal Air Force. He trained as a pilot and was stationed with 77 Squadron at RAF Driffield in Yorkshire. In February 1940, having been promoted to Flying Officer, he was “Mentioned in Dispatches”.

On the evening of 12th May 1940 he took off in an Armstrong Whitworth Whitley Mark V aircraft on a bombing mission to Monchengladbach, Germany. The aircraft crashed in the target area and Thomas, age 23, was killed together with three other members of his crew, one surviving to become a prisoner of war. This was the first bomber to crash inside Germany whilst carrying out a bombing operation on a mainland target.

The crew were originally buried in Lohmannsheide Forest Cemetery, near Duisburg and were reinterred on 24th June
1947. His younger brother Peter Lawrence Parrot DFC served with distinction in the Royal Air Force during World War Two. 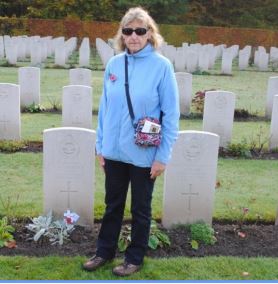