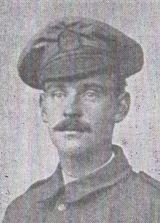 John Howlett was the son of John and Hannah Howlett of 15 Park Street, Thame. Born in 1889, the youngest of 7 children, he had three brothers, and three sisters. After a short spell with the local Territorial Force, the Queens Own Oxfordshire Hussars, he enlisted with the Royal Engineers in 1907.

Obtaining trade proficiency as a skilled painter, in 1910 he was transferred to the Reserve strength. His service records indicate he was of very good character, a “superior” painter, and very trustworthy and reliable.

On the outbreak of the war in August 1914, he was mobilized, and went to France with the British Expeditionary Force on the 28th of that month, where he was posted with the 9th Field Company, RE. After being slightly wounded on 2 occasions in 2015, he was promoted firstly to Lance Corporal, and then acting full Corporal in June 1916.

16774 Corporal John Howlett received severe head and leg wounds on the 16th July 1916, during the Somme offensive, and died of the wounds on the 24th, in No. 6 General Hospital, Rouen. For conspicuous gallantry and devotion to duty when wounded, he was subsequently awarded the Distinguished Conduct Medal.

He is buried in St Sever Cemetery, Rouen, and commemorated in Thame on the town war memorial, and All Saints memorial board. 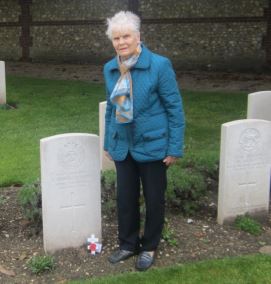