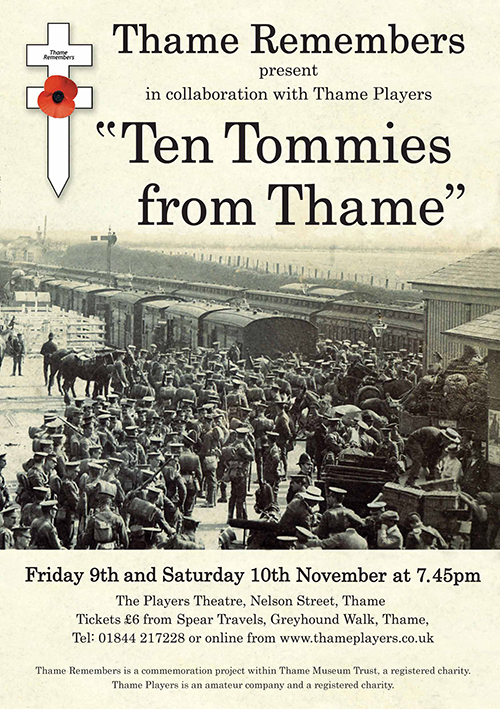 At the end of August 1914 the Thame Gazette carried a report of ten men from Thame who had taken themselves off to Cowley Barracks to sign on for active service.

Inspired by research from the Thame Remembers project and entirely conceived, written and performed by members of the Thame community, this production will mark the centenary of the WW1 Armistice by telling their story.

It will follow them from their civilian occupations in our quiet market town, on to their training with the Oxford & Bucks Light Infantry, and through their WW1 exploits on the Western Front, to an emotional homecoming for those who made it back to Thame.

“Ten Tommies from Thame” is a re-telling of a part of our local history and promises to be a unique evening’s entertainment.

Get your ticket now for just £6 from Spear Travels or online from https://www.ticketsource.co.uk/whats-on/thame/the-players-theatre/ten-tommies-from-thame.